You don’t see that every day!

I moved back to Tenerife at the beginning of 2016. Before this I had spent 2 years working in Indonesia, where I was truly blown away with the incredible variety of marine life which could be discovered. Among the many wild and wonderful critters which I encountered, one which was a particular favourite of mine were the Skeleton Shrimp (or Caprellidae, to you and me). 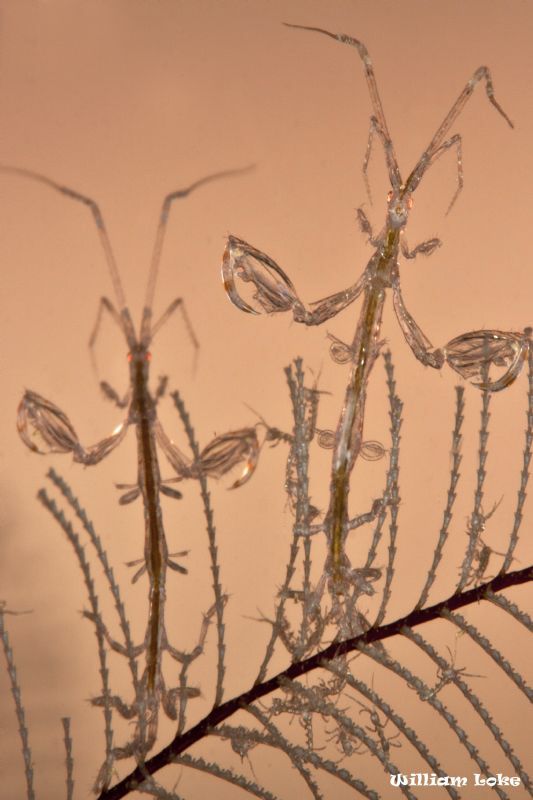 Usually – in Indonesia at least – these critters are easiest to find at night. During a night dive on the reef there will be so many that you cannot possibly miss them, despite the fact they rarely grow larger than about 10mm long.

I’d never noticed them in other parts of the world, and so assumed that – like so much else that I had seen over these two years – they were not well distributed throughout the rest of the ocean.

You don’t need to go all the way to Indonesia, though…

So, skip forward to a few weeks ago while I was guiding a group of divers around one of my favourite dive sites here in Tenerife, I was very pleasantly surprised to find a colony of these little guys chilling in a hydroid!

They are very weird and alien-looking creatures who, to my great surprise, can be found in most seas around the world! Although some species live at great depths, most prefer the shallows: especially the inter-tidal or sub-tidal zones. They usually live among algae and hyroids, among which they can camouflage themselves remarkably well. 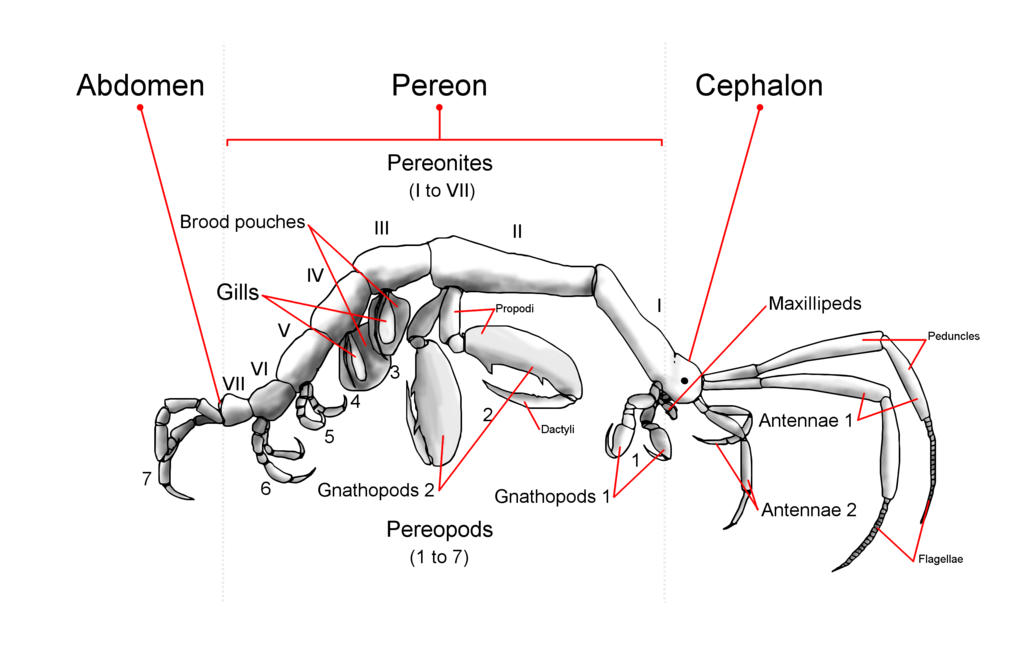 They are omnivorous (meaning they’ll eat just about whatever they can) and usually feed on plant and animal plankton which they filter from the water column or scrape off the substrate using specially adapted antennae. Many species are also predators, who lie in wait much like a Praying Mantis for a smaller planktonic creature to pass too close.

Like most (all?) crustaceans, they have a hard exoskeleton. As they grow, they periodically need to shed this exoskeleton and create a new, larger one. It takes a few days for their soft, newly exposed skin to harden into a new exoskeleton. It is only during this period that mating is possible.

After gestating within the mother’s brood pouch, the offspring emerge as juvenile adults. It’s not all ‘happy families’ after this, though – in some species the mother has been known to kill the father by injecting him with venom! (I hope my missus doesn’t get any ideas…)

If you’d like us to show you these next time you’re in Tenerife then just let us know! Fair warning, though: if your eyesight isn’t 100% you might need to think about a precription mask in order to enjoy the weird and wonderful critters which can be found in the ocean. Failing that, a cheap magnifying glass makes a handy dive-tool when little things like this are around.

Contribution to Charities in Tenerife